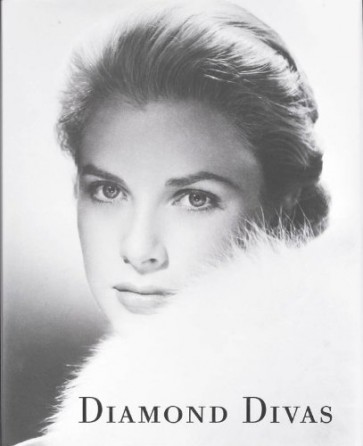 For the first time, extensive research is done on women's history, which made modes of diamond jewelry. Curiously, these women are often synonymous with charisma, intelligence and audacity. Not only gold digger, they are primarily a model for their generation. Thanks to their lifestyle, how they dress and jewels they are creating new trends. It is indeed a beautiful story, which in every age of human civilization, women are released gradually. Sometimes outrageous in the context of the time, they help to develop the image of the free woman. Each time his Diva Diva and each can only be seen only through his day. First women of power, like Elizabeth I of England, Catherine II or Russia, they are well aware of the importance of their image. Through this image of power, so often expressed by sumptuous jewelry, they surprise the other monarchs. Louis XIV and Napoleon, too, will understand the usefulness of the ornament box, which is the gem diamond. Long, the royal courts of France are an example of the splendor and pomp of monarchy. Others will follow the example by ordering the majestic collections. Later in the nineteenth century, rich women and wives of leading industrialists are tempted by many diamond ornaments, symbols of wealth. Others, like the Empress Elisabeth of Austria or Eugenie of France launch modes due to their fame and beauty. They become the symbol of elegance. Legends such as Sarah Bernhardt, Gloria Swanson, Marlene Dietrich, Elizabeth Taylor and the Duchess of Windsor are often associated with their jewelry, like these gems do more than one with the Diva. Currently they still inspire many designers and jewelry houses. United States, women like Doris Duke, Daisy Fellowes or Barbara Hutton will mainly known for their legendary collection of jewelry and exquisite taste. Grace of Monaco, Jackie Kennedy and Marilyn Monroe even remind us of the legendary moments such as weddings, public appearance, a film clip, by associating them forever to crowns, necklaces and more. Even today, exceptional women, are the finest jewels in the world. Except that during a red carpet of Cannes, and Holly-Bollywood, all these Divas make us dream forever .